Sincere Greetings to all MNOVC Veterans

Every year, on November 11th, we are reminded of all those service men and women who gave their lives for the freedom that we enjoy today in this great country we call Canada.

Every year wreaths are placed at various cenotaphs throughout Canada in remembrance of our lost comrades.

With November 11th, 2014 quickly approaching, we are reminded again.

We encourage all of our Veterans to participate locally, regionally, provincially and nationally, in their own way and capabilities.

If photos can be taken, please forward them to [email protected]

In Memory of our Fallen Comrades 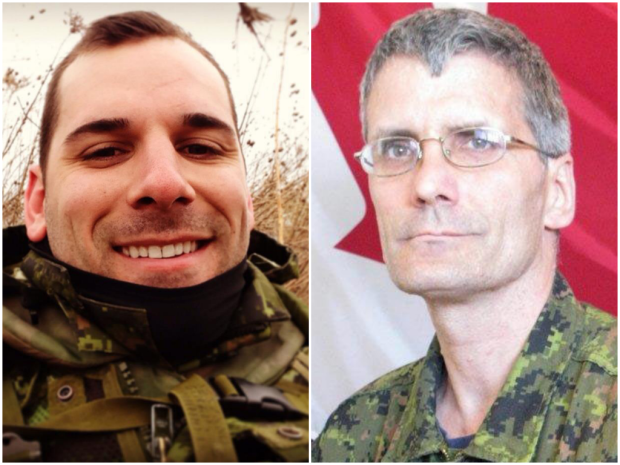 On Behalf of the President, Executive and all members of the Métis Nation of Ontario Veterans Council, we mourn the loss of 2 Canadian Armed Forces soldiers, WO Patrice Vincent and Cpl Nathan Cirillo.  We join with all Canadians in offering sincere condolences to all family members and to our brothers and sisters of the Canadian Armed Forces.   Their sacrifices will never be forgotten.  May the Creator guide you on your journey into the Spirit World.

Original article by the Recorder http://www.recorder.ca/2014/06/13/france-honours-city-veteran 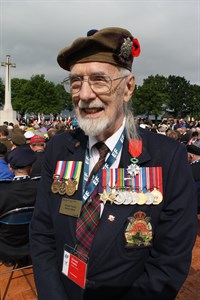 World War Two veteran Donn Fowler
in his military “Mufti” dress with his new
National Order of the Legion of Honour
Knight Degree which he received in
France during the Battle of Normandy commemorations.


During his most recent visit to France for Battle of Normandy commemorations, Métis Nation of Ontario (MNO) citizen and Second World War veteran Donn Fowler received the highest distinction that can be bestowed by France.

Fowler, who enlisted in the war effort at the age of 14 in 1940, arrived at one of the Canadian landing zones at Juno Beach with a group of reinforcements with the First Battalion of the Stormont, Dundas and Glengarry Highlanders on June 12.

Established by Napoleon for excellent civilian or military conduct in 1802, the Legion of Honour is rarely bestowed upon foreigners. Prior to this year only 20 Canadians had received the honour, including the First World War flying ace, and Victoria Cross recipient, William 'Billy Bishop.

The new honour for Fowler compliments an array of medals to adorn his familiar Metis buckskin he wears to honour his heritage. Yet after all the recognition, Fowler still feels strongly about contributions made by others who would not receive the same considerations.

"This is a token," he said of the medal, "to me, of remembrance to all the guys who paid the supreme sacrifice." 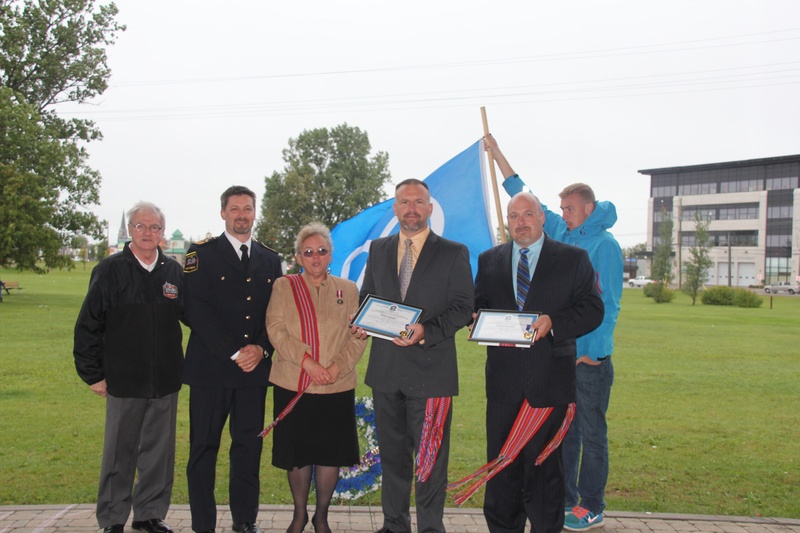 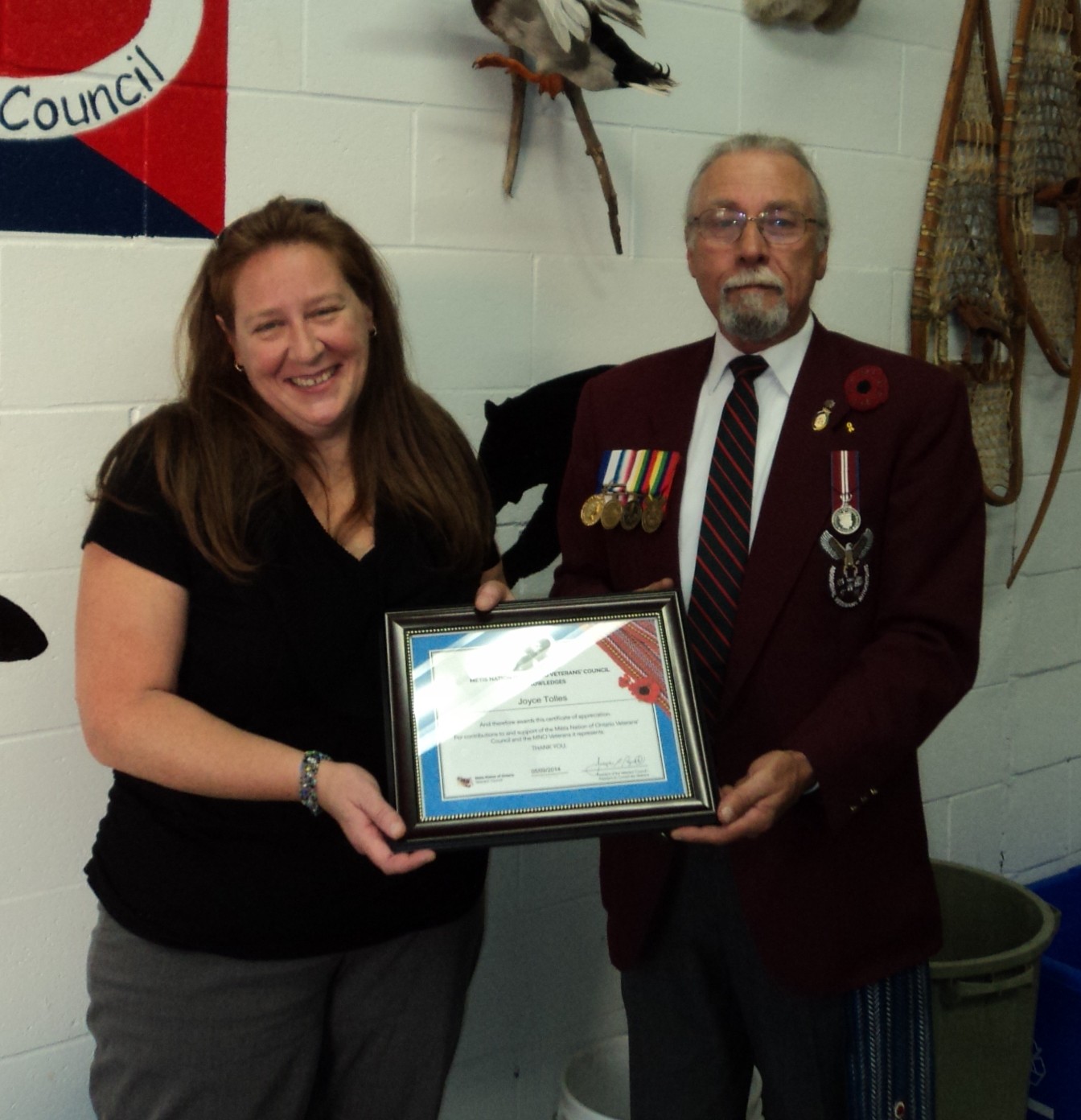 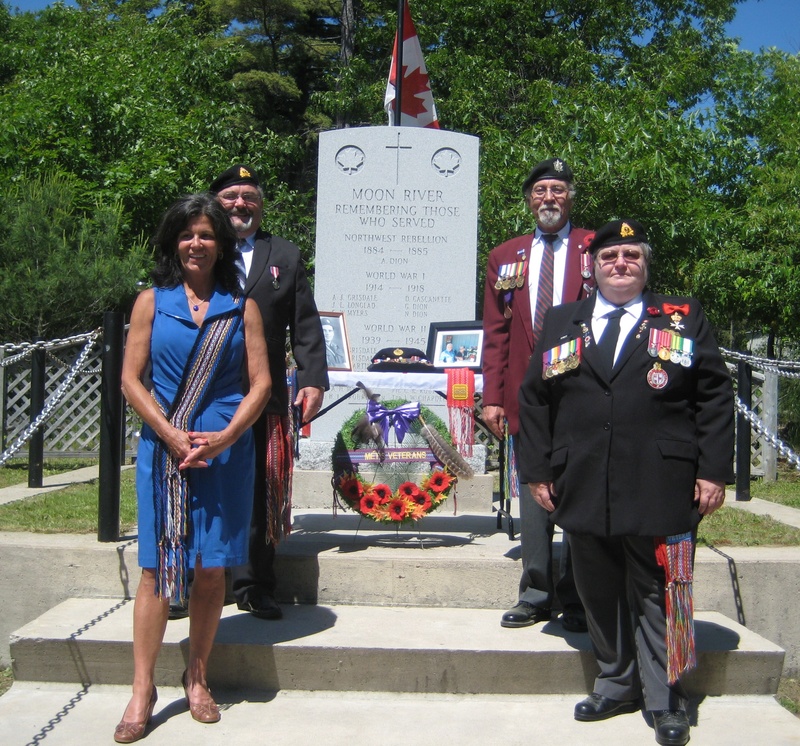 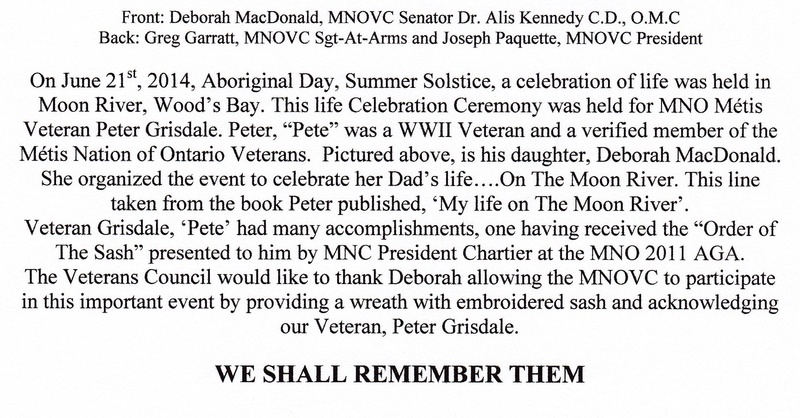 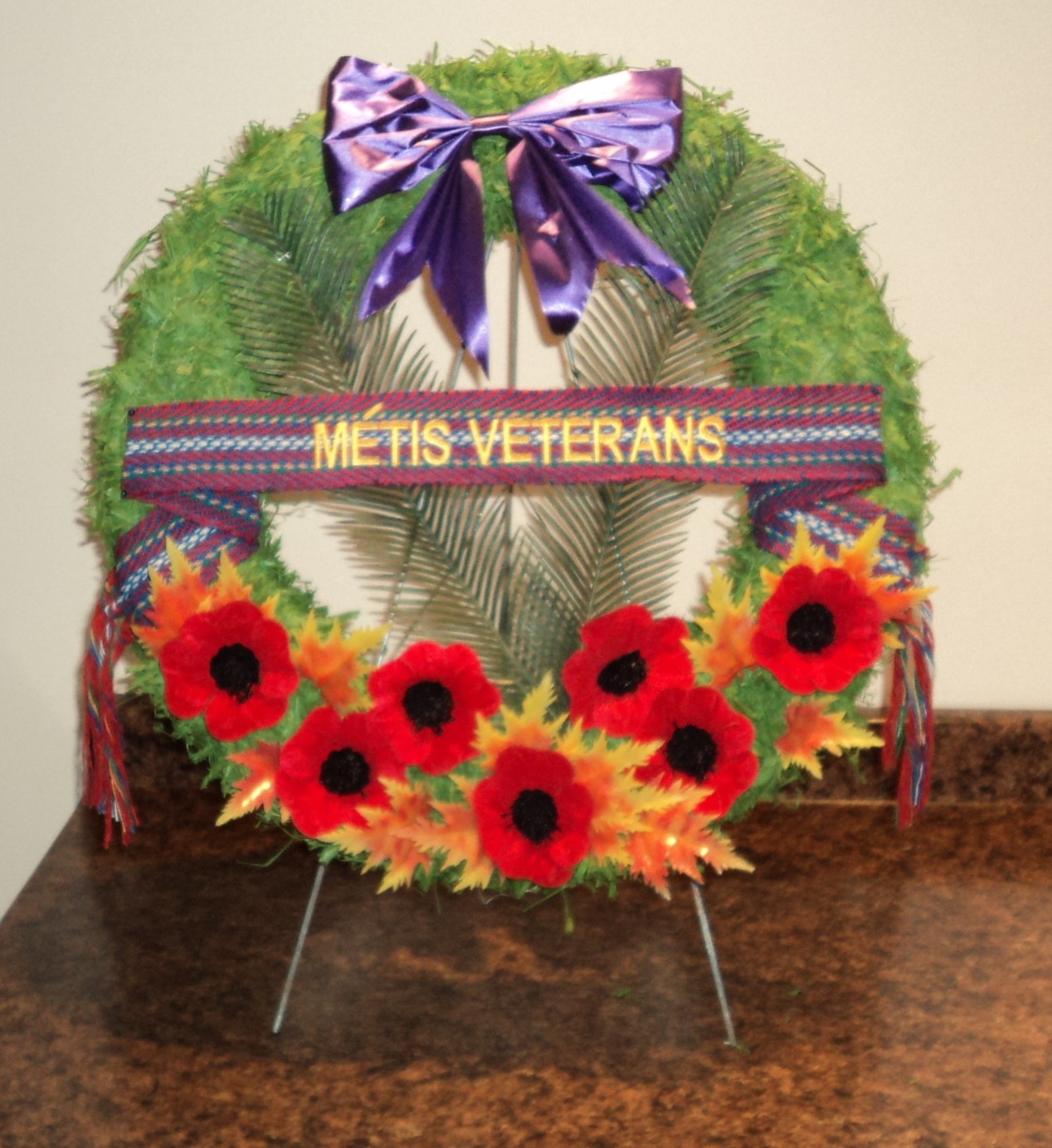 MNO citizen and his family are acknowledged 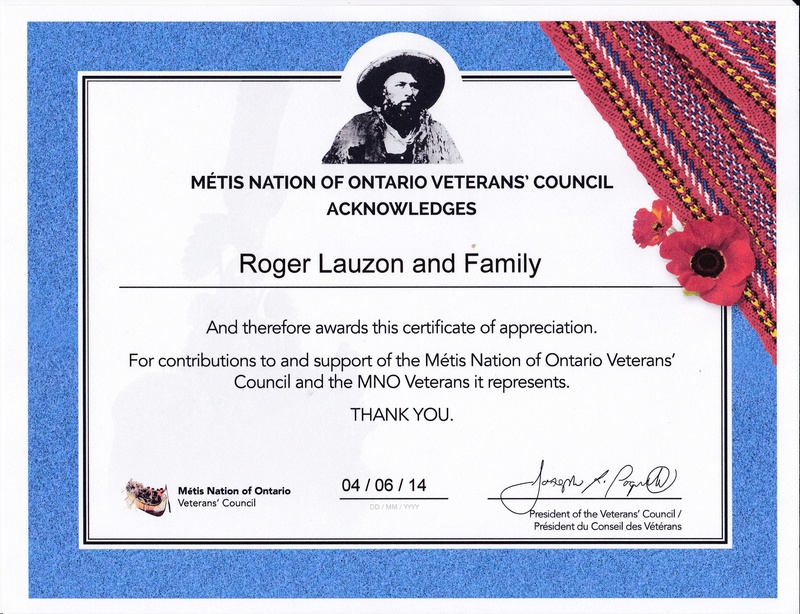 The following event is being held in Toronto on May 8th, 2014. For those how can attend, see the contact information below. 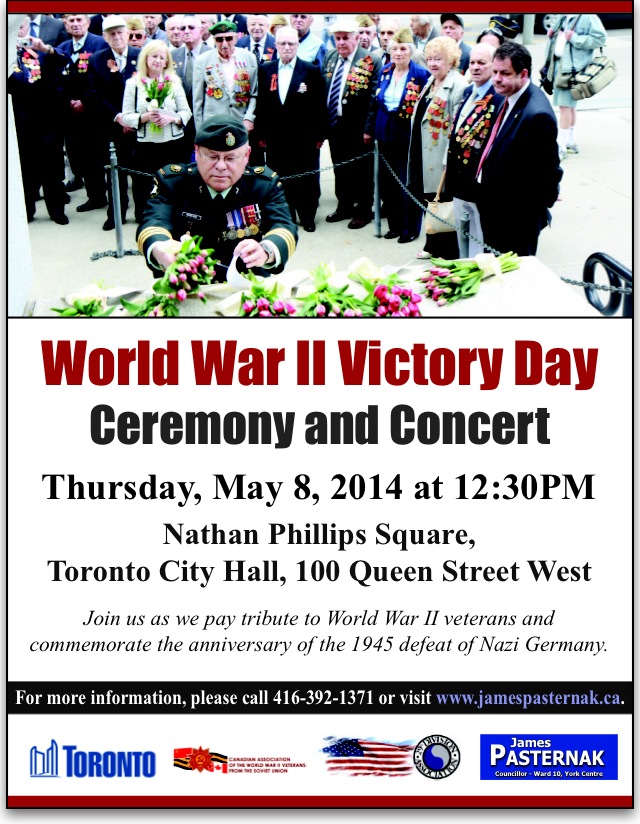 Submitted by: Joseph Paquette, President of the MNO Veterans' Council

Submitted by Thomas A. Thompson, PCMNO Councillor for Region 6 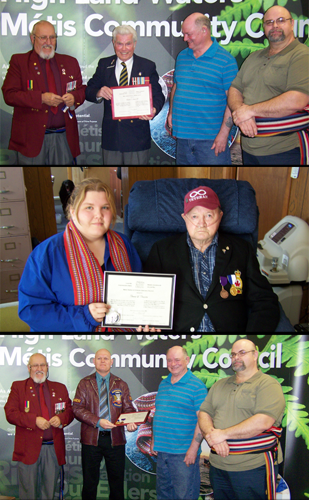 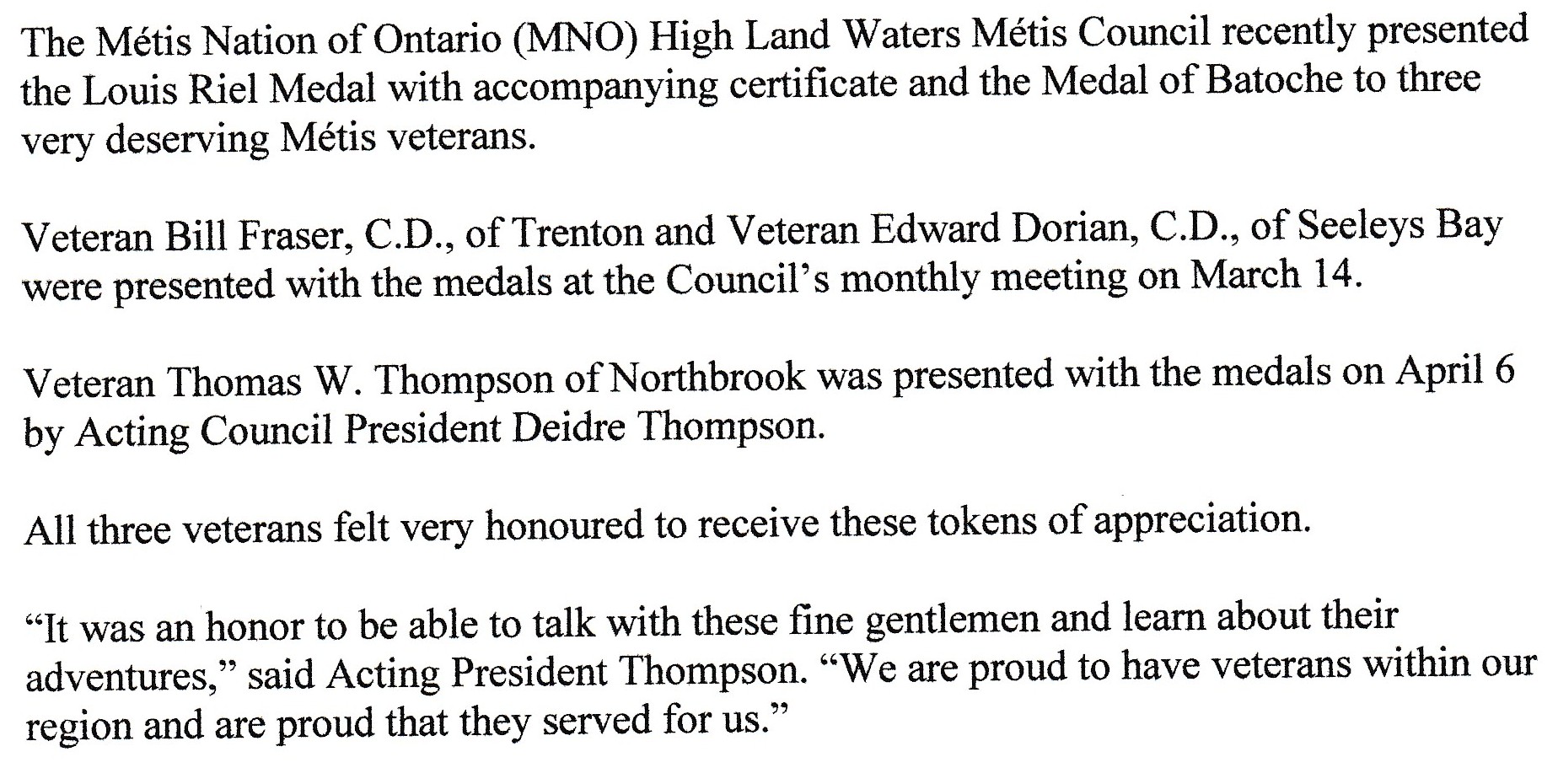 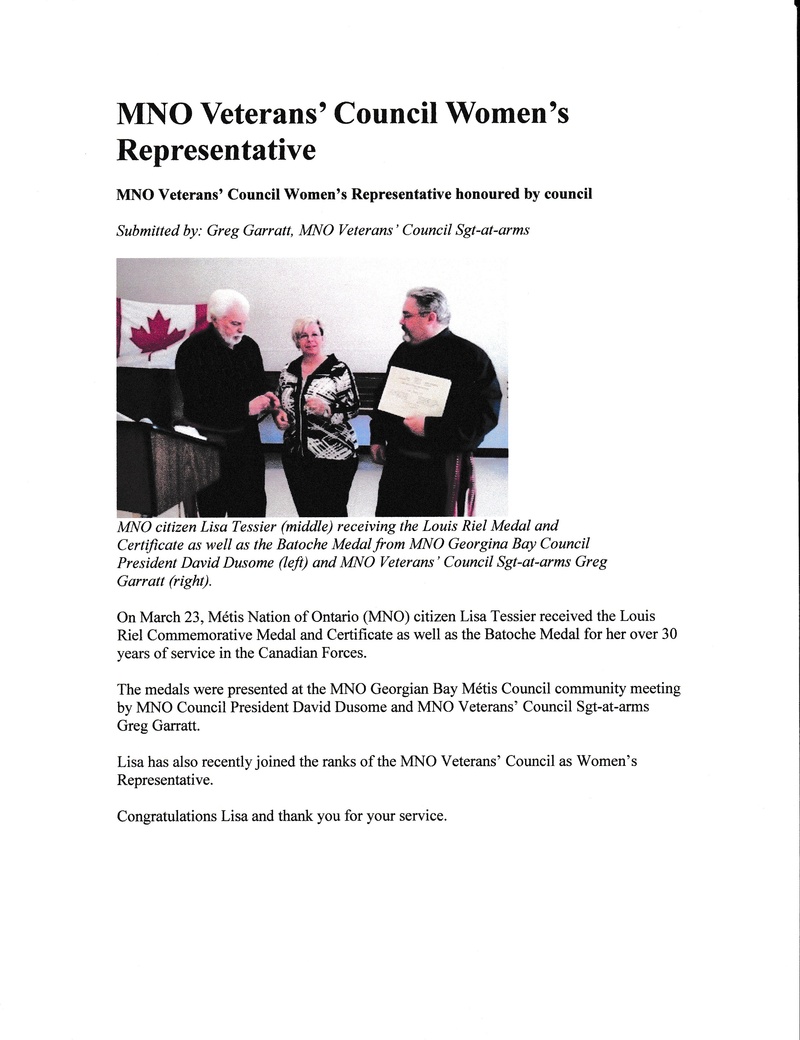 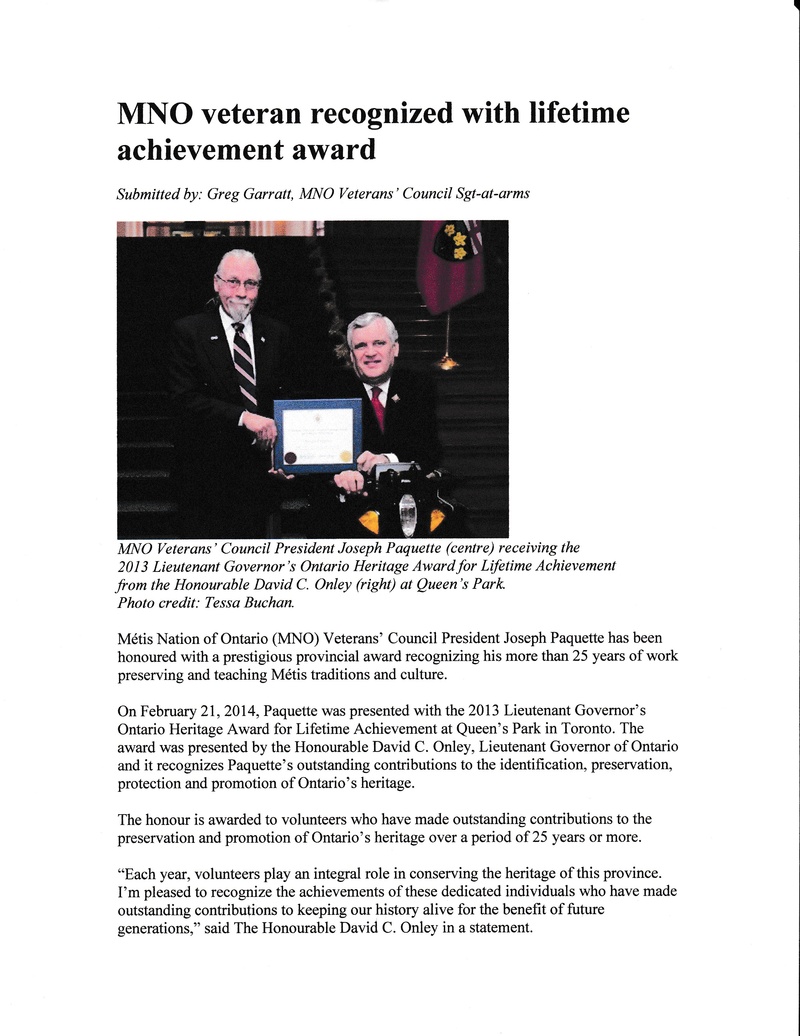 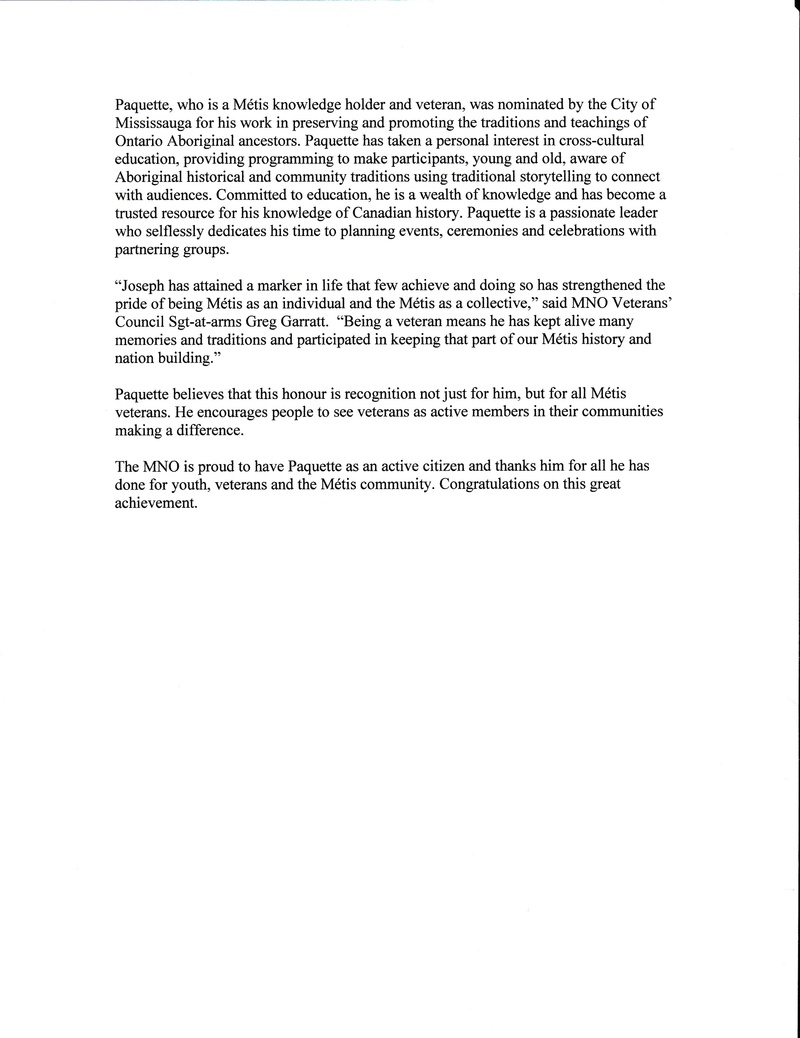